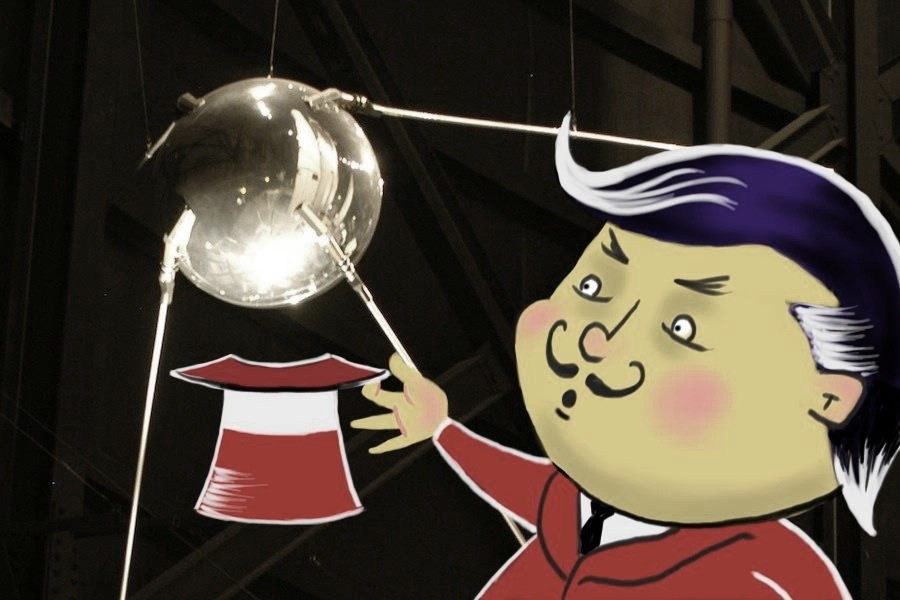 Sputnik was most likely inspired by Joe Karson’s Zombie.

Gimmicks can be fun when fresh, but they often become old and tired.  5 relational realities that NEVER lose their luster.

One semi-average Sunday morning way back when I was interning in kids ministry, a stranger entered the doors of the multi-purpose area where I was doing my youthful best to keep the kids engaged in the lesson. He planted himself in the back of the room, arms crossed, feet spaced about shoulder distance apart. I briefly scanned my memory for any potentially forgotten traffic violations that might bring a police detective looking for me.

After service, while my friend and I were cleaning up, this guy introduced himself to the kids pastor, who called us over. We were enthusiastically introduced to Gizmo the clown. This guy was a . . . clown?! I guessed him to be about sixty, he dressed like my dad, plenty of cologne, wavy grey hair, AND absolute zero in the smile department.

Reggie, the kids pastor, explained to Gizmo that my friend and I spent our summers traveling regionally to multiple churches presenting a week-long series of nightly kids meetings at each stop. He inquired about what we did during the meetings, and we replied that we used puppetry and tricks and skits, but mostly as elements within a bigger story.

As soon as we mentioned the ‘tricks’, Gizmo’s eyes focused in on us with a piercing look like Gollum gazing at the ‘one ring to rule them all’. It turned out that Gizmo was quite the accomplished prestidigitator, and had worked with the legends in that field. I began to become quite curious with this mystery clown. My friend, was not so impressed.

Gizmo invited us to come by his hotel that week while he was in the area, so we could ‘talk shop’. I really liked that idea. Here was a real pro, totally willing to share some of his experiences: touring, performing, and bringing shear joy to the masses. I waved as he drove off in his incredibly long, freshly shined Oldsmobile.

…it was run down, in a questionable location, bad lighting, dirt parking lot, and the concierge outside smoking a cigarette in his undershirt.

That Tuesday, I grabbed Tim, my skeptical, but willing kid min buddy. We arrived at the hotel. I had not yet seen the movie Psycho, so I didn’t notice the resemblance of this hotel to the famous Bates Hotel. I did notice that it was run down, in a questionable location, bad lighting, dirt parking lot, and the concierge outside smoking a cigarette in his undershirt. I saw the Olds, so I knew we were in the right place. We found the room number and quietly knocked – I guess that I didn’t want to wake Norman, or his mom.

Gizmo’s wife opened the door. She and Gizmo were there in this tiny, worn, yellowed, room. We found out that Gizmo and his wife were staying there in exchange for fix-it work that he was doing for the owner (Norman?!). He started the conversation with, “Have you ever heard of the Zombie Ball?” Well, HELLO-O-O! Yes, I had heard of The Zombie Illusion. It was Joe Karson’s most famous invention. He patented the Zombie way back in 1940. It turned out that Gizmo had a Zombie, and he was willing to sell it to us. ‘Willing’ is probably not the right word. He was INSISTENT on selling it to us. He wasn’t interested in talking shop, or giving us insights from his experience as a kids presenter. He spent most of our visit explaining the repairs he had completed at the hotel.

An experience is better than a transaction.

I bought the Zombie, and we left.

We didn’t feel enriched in any way – I thought it would be cool to build relationship with someone who had spent so many years presenting to kids. I felt a little empty. Even the great Zombie illusion, that I now possessed, gave little joy.

So, gimmicks, like the Zombie, are ok, but they can certainly lose their fun and freshness. There are deeper things – RELATIONAL things – that Gizmo seemed to totally miss, but are foundational to our journey as kids presenters:

So, go ahead and use the gadgets and gimmicks, but don’t be distracted by them. By the way, would you like to buy a Zombie Ball? It’s never been used.