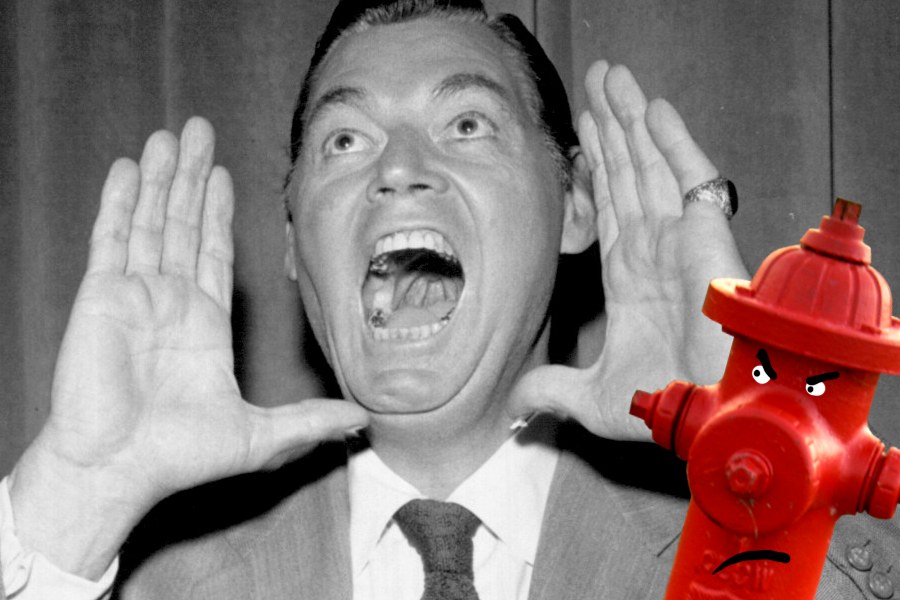 What do you leave with your listeners? A funny joke? A shocking ending? Or something more?

Aren’t you astounded by amateur event planners? They can come up with the most fantastic ideas. If you have been a Kid Min leader for very long, you have seen the fiery passion in their eyes as they barrel toward you on a Sunday morning. “We found the perfect spot to reach families with kids!” they report to you, as if you had sent them on the task in the first place.

“It’s a tiny condemned recreation center that services a community with over 350,000 children – 98% of those kids are convicted murderers on death row. Once per month, they are released back into the community, because that’s when most of the area police force have gone on furlough. I thought of you immediately, and made arrangements to have you dropped into the area by helicopter, armed with two hand puppets and a can of silly string. It will be fairly dark, since the drop is just past dusk – that won’t be a problem though, because after sunrise, the next 12 hours of the event will be full daylight. And, of course, I will contribute a spoon, so you will be able to tunnel yourself out of the restricted zone once the festivities are over.”

Ok, I admit it – that was an unreal scenario. You would NOT have been told all those scary details . . . the details are accurate, you just would not have been told about them.
I’ve had my share of these thoughtfully coordinated events, and at one of them, a friend, Tim, and I prepared an elaborate story and presentation around making a cake.
It was all based on a traditional magical comedy routine, with a couple of added extras that we (two twenty year old male college students) thought were absolutely MUST DO. So, in as much of a slapstick style as we could muster, we had a balloon filled with “flour” that unloaded itself on me. Eggs secretly switched to confetti and thrown on the audience. Also, about a half-can of lighter fluid (we called it flavoring) to ignite a small blazing inferno in my hat. Basically, all the elements that parents tell their children not to do – we did them in that act. I suppose that we thought modeling the bad behavior would help the kids avoid that behavior in their own lives. We hadn’t read a lot of psychology books up to that point.
The finest part of this entire ludicrous idea was when Tim makes an effort to put out the fire in my hat. In rehearsal, it goes like this: the fire starts, and it surprises us (nobody else is surprised). My friend, Tim, in character, panics and runs to get a cup of water that he had prepared earlier. While he is retrieving the water, I, deep in character, realize that I can extinguish the fire by covering it with a cake pan. After all has been resolved, he runs up to me with the water and releases it on me full in the face. Truly, more fun than a barrel of monkeys.

So, I suppose the idea was to get the kids believing that Tim needed to get the water to put out the fire. Well, at this particular venue, they believed! The fire breaks out in my hat, just as we had planned, and I start yelling “FIRE!” (once again, just as we had planned). Before Tim could respond, one of the kids rushed to the kitchen area, grabbed a container, and was filling it with water to put the fire out. Tim spent a little extra time in the kitchen consoling the vigilant child before he returned to dowse me.
We were able to finish the skit and story, but we learned some things in the process:

If nothing else, we tested their fire safety knowledge.