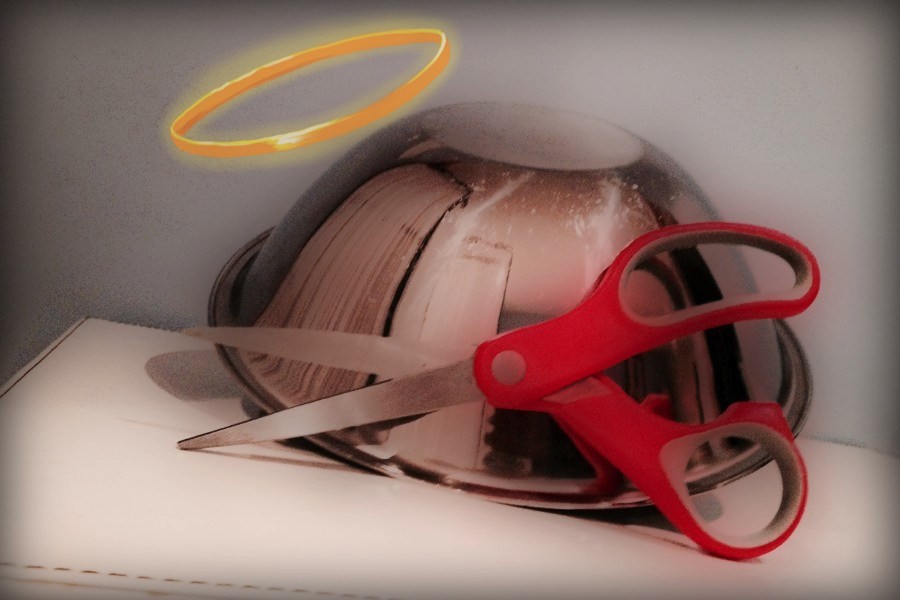 Four take-aways from my year with the creative dream team.

It was like an artesian well of fresh ideas flowing from an unseen, and seemingly, unending source.
It wasn’t characterized by the sharp look of a group of lawyers or CEO’s. Nor did it look like a group of edgy, artsy hipsters at the local green, clean, all-organic coffee bistro-emporeum. This team had the look of a perfectly executed bowl cut with baggy high-waters, followed closely by the two sizes too small shirt and pants combo with sandals. A REAL creative dream team.

They were outcasts at an elementary school in central California circa 1973. Outcasts, at least, to most of the other students at the school, but formally, they were part of a small special education class. Four or five students with varied learning disabilities that, age-wise, would’ve been mostly sixth graders, but they weren’t really given a grade specification. I was in fourth grade when I met this creative dream team. At every recess, they would run to the same area of the playground. It was the outer edge that wasn’t good for any normal playground activity. You couldn’t play football there, it was away from the tetherball and handball courts. An area where the grass was spotty, and there was a small dirt embankment that led to an arroyo (ditch) that was part of the school property, but was avoided by most everyone else. Bowl-cut would always lead the way, because he had the longest legs. He would lope out to the secluded area letting the others know what he was going to be doing once he arrived. Two-sizes-too-small (Jethro Bodine comes to mind) who was stronger, and maybe older, would be close behind. I remember standing at the edge of the flag football field watching my best friend play (one of the star players, for sure), and seeing the dream team run to their preferred spot.

These guys looked like they were having a lot of fun.

I never had to ask who they were. They were labeled. Every journey they made to their corner of the playground, you could hear the mocking voices of some other students calling out, “here come the retards!” I don’t know that they were actually categorized as MR or MH, but I know they never even acted like they heard the other kids, and they were having fun over there. My best friend seemed to be having fun playing football, although it didn’t look fun to me. These guys looked like they were having a lot of fun.

No formalities, no secret handshakes, no initiations of any kind. Just his eyes meeting mine for a split second of acknowledgement, and then I was a full-fledged member.

It didn’t take me long to venture over to that edge of the blacktop which bounded their fun-zone, opposite the arroyo side. I stopped at the border, and I listened to the consistent calls to “pretend” this, or “pretend” that. Then I did it. I ran, full force, into the melee of imagination. Only bowl-cut briefly stopped and directly looked at me. No formalities, no secret handshakes, no initiations of any kind. Just his eyes meeting mine for a split second of acknowledgement, and then I was a full-fledged member. I was on the creative dream team.

Every recess for the rest of the school year, we convened. It was only difficult at the very first to ignore the mocking voices of the other students. After a while, I wasn’t sure if they stopped, or if I just didn’t hear them anymore. Either way, it was the most fun I have ever had in my elementary school years. The next year, I was at the same school, but they weren’t.

I was a novice on the dream team, but I had some great take-aways from these guys:

They were open to new connections.

Even if I had wanted to get on the flag football team, there was no way it was going to happen. The game was too important to let a non-athlete mess it up. The dream team practically embraced me.

They had clear goals, and pursued them without restraint.

The only real restraints were the appropriate parameters of the recess schedule. Other than that, they let nothing interfere with the course they pursued.

They heard and implemented ideas.

There was never the feeling of stagnation, because they would take any idea and work with it. Always fresh.

They ignored the destructive voices.

At first observance, I was sure that the mockery and insensitive student comments would be unbearable. I found that what we were working toward, together, completely drowned all other resistance.

That team is gone, now. I kind of wish that I had received a membership card from the dream team, or something like it. I would frame that thing, and hang it in a place of honor.

I did receive something greater, though. My middle daughter was born with learning disabilities, and thanks to my early schoolyard training, I have on ongoing membership in a fun-loving dream team of our own.